This is a glossary containing the words that you will frequently encounter when working with POEditor's translation and localization management interface.

Displayed on the left side of translation pages, terms can be your actual source texts (like in the case of most Gettext files) or your keys/labels/string IDs (as in the case of Android .xml and iOS .strings files). Terms are the same projectwide, so they do not need to be added to each language.

If your terms are keys/labels/string IDs, as in the image above, you will want to add a Default Reference Language to your project.

These are the term attributes. They are often imported along with the terms, from your file, but can also be added in the Terms page by the project owner and by administrators. There can be differences between the way term attributes are used in POEditor for particular file formats, so we encourage you to check the specs for your format if anything is unclear.

This is the software's base language. The translations in the language set as DRL in the project's settings are displayed above the terms in the target languages.

The DRL is the same for all the users assigned to the localization project. However, if contributors are granted Read Access to All Languages in the project's settings, they can set a Reference Language of their own, which will override the Default Reference Language.

Translations are the values in each project language. They are displayed on the right side of translation pages.

Strings represent the metric we use for POEditor plans.

Add up the terms and translations in the projects where you have the owner role, and you'll know how many strings you have in your account.

Your string limit is the total amount of terms and translations you can manage in your projects, for as long as you're subscribed to a particular plan.

AT characters are not included in POEditor subscriptions, but can be purchased separately from Account Settings.

Owner, administrator and contributor are the roles a user can have in a POEditor project. 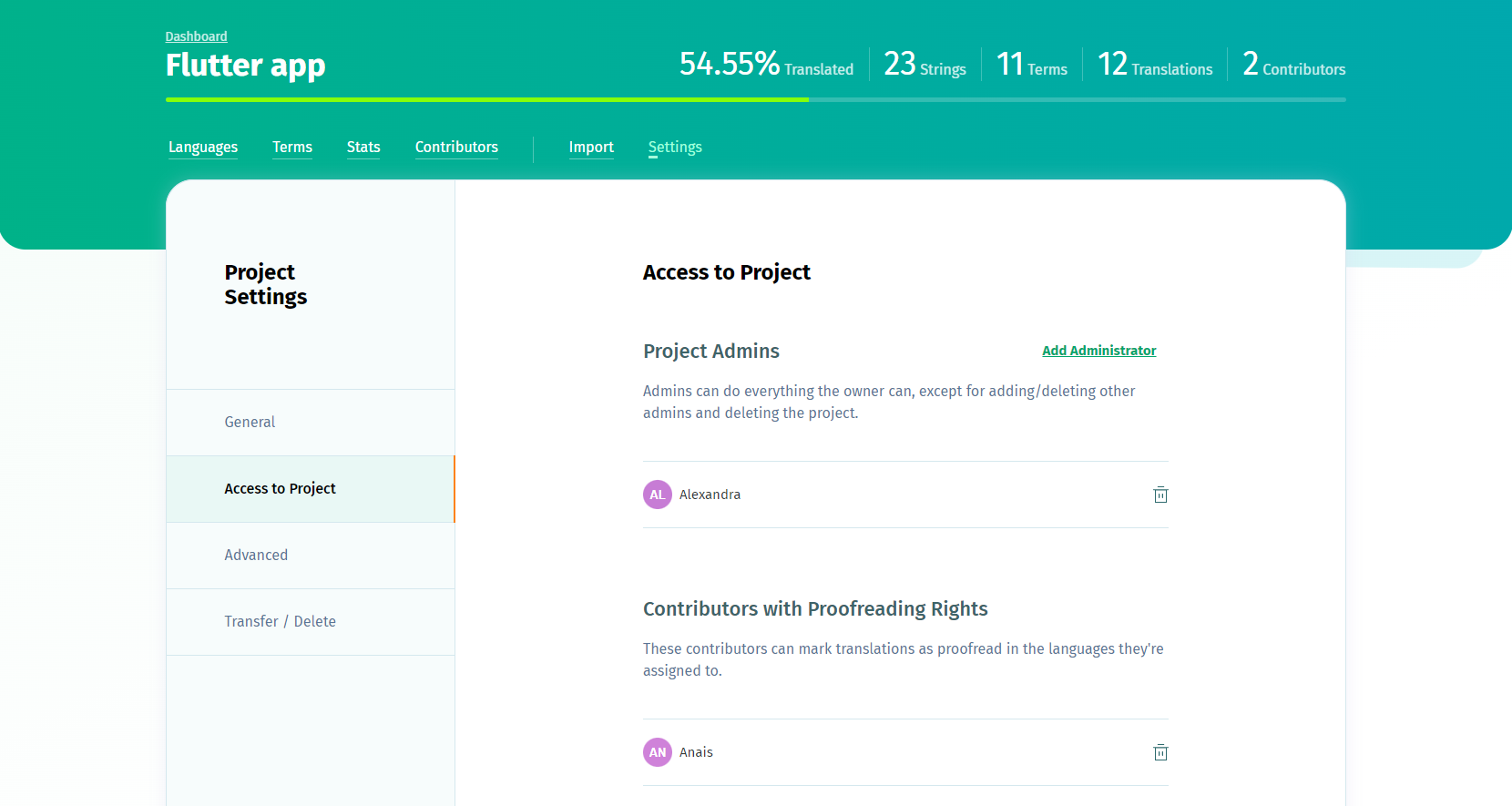 A user sets an Alternative Payer in their Billing to pay for their subscription. The payer doesn't necessarily need to have an active role in the localization projects.

How to use POEditor as a contributor