There are various ways to add strings to a localization project managed with POEditor, both manual and automatic, outlined in this article.

You can use the Import option in the project page to upload strings (terms and translations) from any of the supported file formats. A number of options are available: 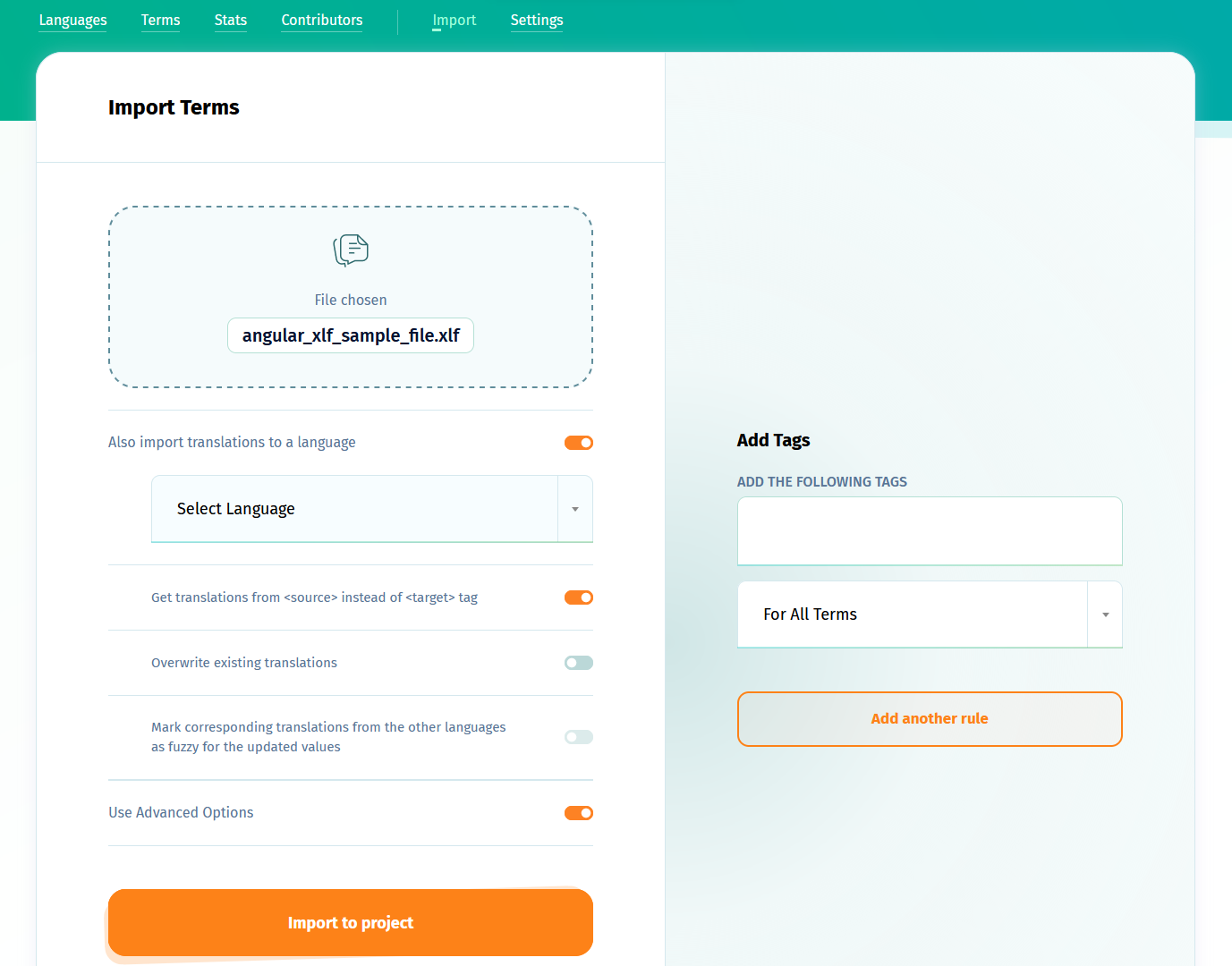 For localization file formats like XLIFF, that can contain both the source and target languages, you also have the option to choose which strings to import as translations (from the <source> tag or <target> tag).

This option can be used to add translations to a language by any user with access to that project language, regardless of their role.

The most basic way to import strings to a localization project is by using the Import options in the user interface.

One such option that can be found in every language page. You can use this option to import translations exclusively, from any of the supported file formats.

The language page import allows you to overwrite existing translations. 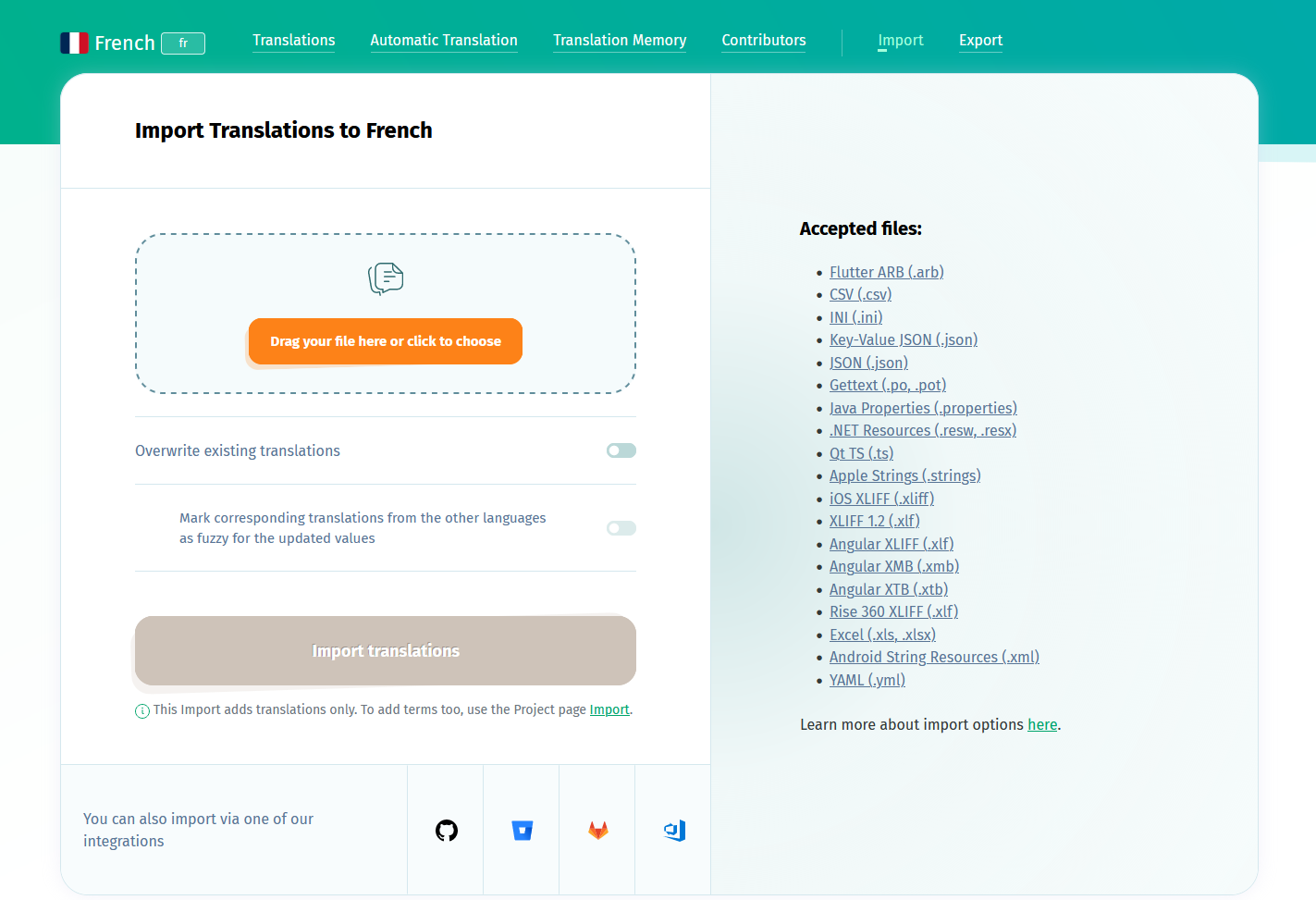 In order to be able to import translations in a language page, their corresponding terms/keys must've already been imported to the project.

Project owners and organization managers can set up integrations with Git services and import strings to the project using the UI. They can also set up import webhooks to automate the import process.

Project admins can also manually import strings to POEditor using the links set up by the project owner or organization managers, provided that the integration is shared with them in the project's settings.

In order to automate the strings import, you can use integrations with Git services.

You can import translations to a localization project only after you've imported the terms.

To keep track of an import, you can tag the imported terms with one or more tags of your liking, using the Add Import Rule option in the link's settings.

To automate the import from your repo to your POEditor project, you can use webhooks with the operations Import new terms, Import translations or Import terms and translations.

You can import strings to POEditor with the API using the following methods:

POEditor also offers a WordPress plugin and a Figma plugin which allow you to send translations from your projects on WP or Figma to your localization projects on POEditor.

A couple of community-shared plugins are also available, some of which can be used for import.

How to send notifications to translators